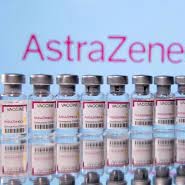 Next consignment of AstraZeneca to arrive on Saturday 02.Aug.2021

The next batch of AstraZeneca vaccines donated by the Government of Japan will arrive in Sri Lanka next Saturday (07), Japanese Ambassador Akira Sugiyama said.

Presidential Media Division (PMD) said the Japanese Ambassador made this remark while officially handing over the stock of AstraZeneca which was brought down to Sri Lanka last Saturday (July 31), to the President at the Presidential Secretariat this morning (August 2).

Mr. Sugiyama added that the Prime Minister of Japan has decided to provide 1.456 million doses of the vaccine to Sri Lanka after paying special attention to the President's personal request to the Prime Minister to fulfill the need for the second dose of AstraZeneca in Sri Lanka, and in recognition of long-standing friendship between the two countries.

“The first consignment of 728,460 vaccine doses was sent to the Bandaranaike International Airport, Katunayake by SriLankan Airlines flight UL-455. The administering of AstraZeneca second dose began at 20 selected centres in the Western Province from yesterday (01),