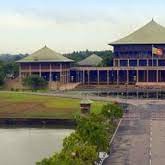 Parliament heated up over food scarcity among school children 22.Sep.2022

Heated argument erupted in Parliament today when opposition MPs charged that schoolchildren are facing serious issues without being able to get proper meal and that the government has been unable to provide them meals with nutritious value.

SLPP MP KPS Kumarasiri told Parliament that about 20 schoolchildren in three schools in Vilachchiya, Anuradhapura had fainted during school hours due to starvation and that a child in Minuwangoda had brought kernel of young coconut for lunch.

Health Minister Keheliya Rambukwella said media and some officials had given unnecessary hype to several isolated incidents and trying to generalise the issue.

"We admit that there is an issue. But, we can't generalise the issue based on these isolated incidents. I personally contacted the principal of the school in Minuwangoda and she denied that nothing has happened as such. I will look into the incident in Vilachchiya," he said.

The Minister said some officials with vested interests were fabricating and magnifying the situation and added that the claim made by a doctor in Hambantota that malnutrition was observed among 80% among the school children in Hambantota was found to be baseless.

"The area health officials have officially informed me that malnutrition among children in Hambantota is only 5% percent," he said.

"The impact of this issue will be felt in the long term. We must feed the children before spending money on inducting new ministers and state ministers," he said.

Parliamentarian Dullas Alahapperuma said about 1.1 million school children have been affected for two years after the programme to provide free meals to school children were stopped.

"In some schools, rice banks have been set up by the principals and teachers. The government has been unable to provide free meal to school children for the last two years," he said.