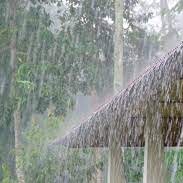 Occasional rain in some parts of the country 12.Aug.2022

Today (12th), the Department of Meteorology has announced that it is expected to rain several times over the Sabaragamuwa provinces and Galle, Matara, Kandy and Nuwara Eliya districts.

Monarakala and Amparai districts are likely to experience rain or thundershowers in evening or night at some places.

Mostly fair weather is expected in other parts of the country.

Wind speed is likely to increase to 40 kmph from time to time in the western slopes of Central Highlands, North and North Central Provinces, Hambantota and Trincomalee districts.