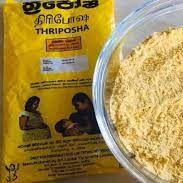 Instructions to use Triphosha without fear 30.Sep.2022

As Triphosha food containing Aflatoxin has been destroyed, the Ministry of Health has issued a notification to women including pregnant mothers that they can use the Triphosha food distributed by the government without any doubts from today.

Director of Family Health Services Office Special Physician Chitramali de Silva has said that unwarranted information is being published in this regard to avoid unnecessary fear regarding triphosha nutrition.

Triphosha has been withdrawn from use after testing confirmed it to contain Aflatoxin. Therefore, the director said that the Triposha provided to the treatment centers can be used.