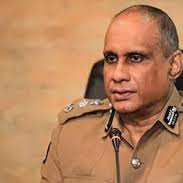 IGP orders CID to probe attack on ’Mainagogama’ protesters 10.May.2022

The IGP today directed the DIG in charge of the CID to immediately initiate investigations into the incident in which a group of supporters of former Prime Minister Mahinda Rajapaksa attacked protesters outside Temple Trees "Mainagomama".

Police said a group of people who had come to Temple Trees to pay their respects to the former Prime Minister, attacked peaceful protesters and damaged the property.

Then they attacked the protesters at GotaGoGama protest site at Galle Face Green.

The IGP directed CID to take necessary legal action against those involved in the incident.