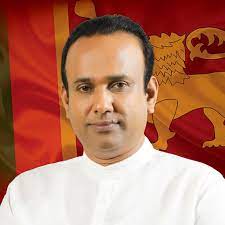 A Tamil or a Muslim should be appointed as Prime Minister 13.Aug.2022

Ramesh Patherana says that the mindset needs to change

As soon as there is a change in the social structure, the country will progress and it should be accepted with joy that a Tamil or a Muslim is chosen for the post of Prime Minister of the country.

However, such a mindset has not yet occurred in our society, Minister Ramesh Pathirana said in Parliament. The Minister said that we can progress as a country only if a non-racial society emerges and also said that the full cooperation of the people of the country is necessary for the progress of the country.

The minister said this while addressing the adjournment debate on the President's policy speech in Parliament yesterday.

The Minister continued to address the House:

Former President Gotabaya Rajapaksa resigned following popular protests. In the last two and a half years, he has implemented many good work programs for the country, but the effects of the Corona epidemic and the short-sighted economic policy have made him a disadvantage.

President Ranil Wickremesinghe has the responsibility to implement the activities that the Podujana Peramuna-led government cannot implement according to the expectations of the people.

We are confident that President Ranil Wickremesinghe will go ahead after winning the trust of Parliament and the people.

According to the expectations of the people of the country, the 22nd amendment of the constitution will be passed.

Even if the economic reforms and policy decisions do not go as expected, there are challenges to overcome through implementation.

Since 1948, the political and social structure has changed. All the heads of state in power have implemented great schemes that benefited the country. It is not acceptable to refer to all leaders as corrupt.

As a multiracial country, many excellent projects have been implemented from time to time in the midst of racial conflicts. It must be accepted that some decisions taken by the Budujana Peramuna-led government have intensified the economic crisis.

Civil service should be restructured for economic recovery.

Our hope is that the decisions taken in the coming days will be unpopular, but will be conducive to economic recovery.

If a non-racial society is to be created, at least a person from the Tamil and Muslim community should be selected for the post of Prime Minister. A mindset that can accept it is necessary.

He further said that the country will progress only if there is a change in the social structure.